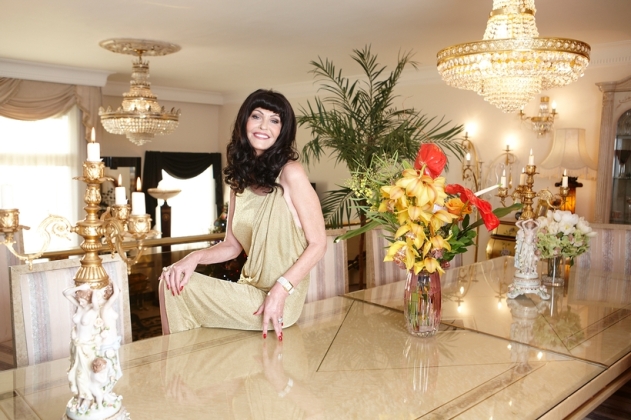 Been a long while since we’ve drawn attention to a Nail Fail, especially as we are all trying to be positive in these dark, dark times.

But this time we aren’t picking on Miley ‘She’s-Just-Being-Miley’ Cyrus…it’s our own fail. Best City Nail Fail. An own goal, if you will.

The only marks here are for effort.

It didn’t look good from a distance, just murky, fleshy colours. Up close, as you can see, was even more of a nightmare and that was before everything began to peel, and water began to seep beneath the paper.

For those who can’t tear their eyes away this is L-R: Kelly Rowland, Britney Spears, Katie Price, Gwen Stefani and Kerry Katona. Selected from an old issue of Closer magazine solely on the basis of their being about the right size (although if it could be done well, a whole set of the Stefani eyes might be nice, after all she is a Nail Queen!)

Nope. Proudly-pouting Miley does not impress us with these plain black, stubby eyesores.

Perhaps she had ferocious talons, fit for a queen, but they got chipped and broken during THE CLIMB – hahahahahahah.

Oh well. Pro nails are probs not the best thing for herding cattle and playing geetar.

The generosity goes no further.