Further celebrity support for the Contrast Nail can now be seen in the audition stages of the X Factor.

Our glamorous new judge from across the pond is on point with a blue/pink contrast manicure that can be seen from Episode 1! 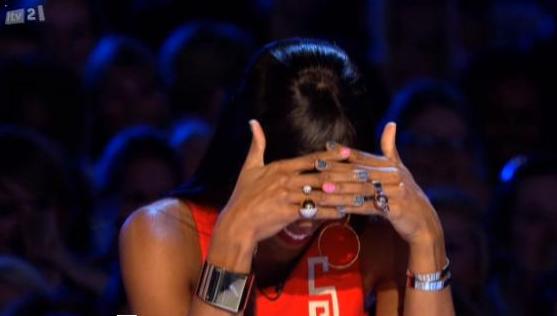 Got to give Kelly only

…love that you’re wearing [we think] your own nails, girl, and the colours are right, but this mixed finger business bugs us out. The only thing that stops Contrast Nails looking like a mistake is that they’re in the same god-damned place.

If Kelly’s Contrasts were on the same fingers, they would nestle neatly together, adding to each other’s impact, as Kelly hides behind her hands in this oft-seen despairing/mirthful pose.

She’s a beautiful woman and full of fun, but she’s taken this too far.